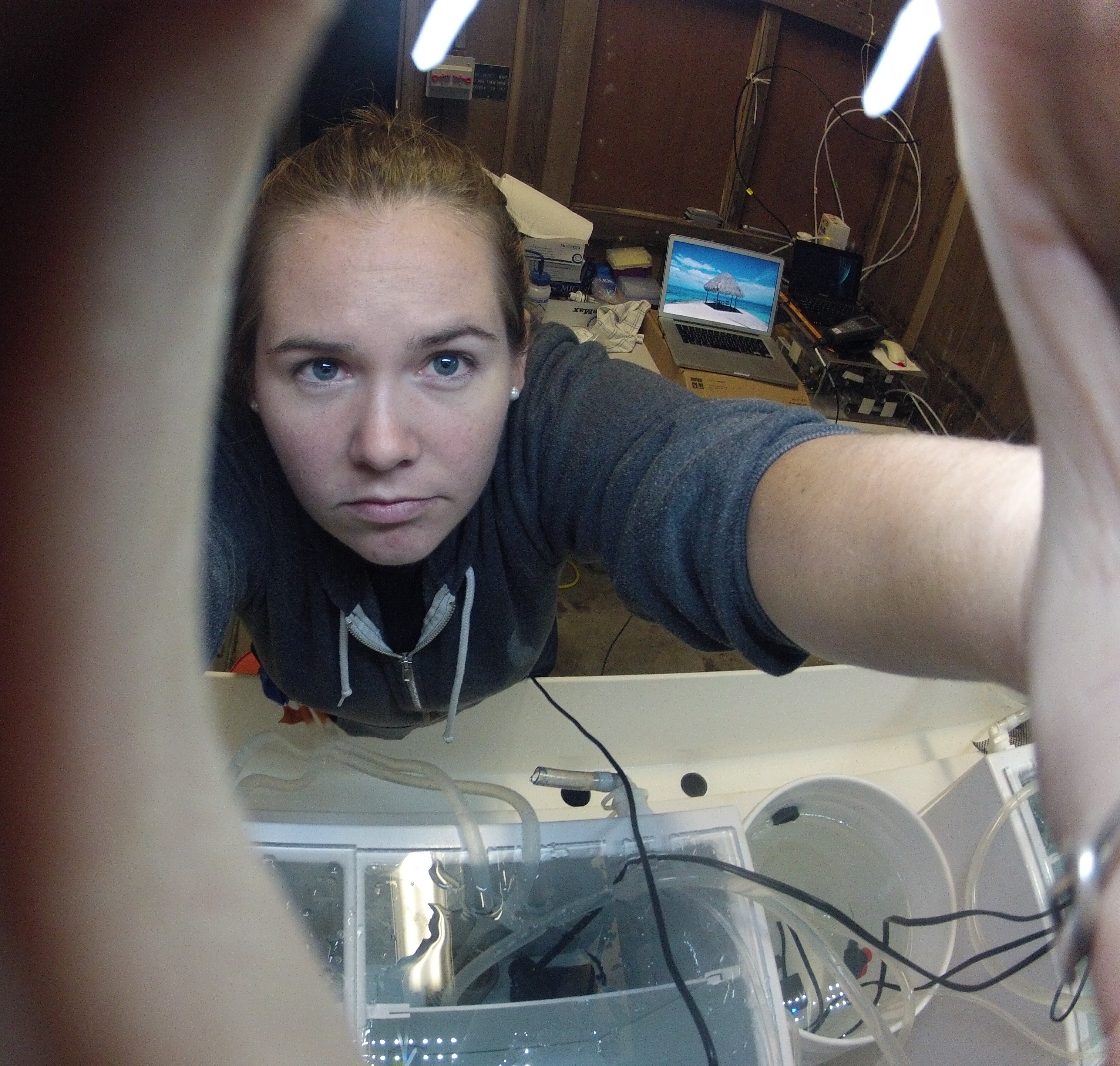 We shouldn’t need statistics (or videos) to believe our fellow humans about their lived experiences. But sometimes data can highlight the glaring differences that exist.

In academia and beyond, we (particularly white folks) need to be more proactive in dismantling white supremacy. As a scientist who deals in data, I wanted to see if putting together data on policing in my local area could show folks just becoming aware of these issues that biased policing and police brutality are not new: they are constant and pervasive.

I went looking for policing data in San Diego: who was stopped, for what, if force was used, etc. I ended up finding that Samuel Sinyangwe of Campaign Zero had already done the analysis.

Here are a subset of their findings, followed by some proposed solutions.

“[There is also] evidence of anti-Latinx bias, anti-LGBT bias and bias against [disabled people].”

“When communities report police discrimination or excessive force, fewer than 1% of these allegations were upheld.”

“San Diego police made 35,038 stops of black people during a 12-month period in a city with a total of 88,774 black residents - an extreme level of policing impacting black San Diego residents.”

“Black people were more likely than white people to be stopped in 85% of San Diego Police Department beats and in every area of San Diego Sheriff’s Department’s jurisdiction.”

“Fewer than 15% of these stops were initiated from civilian calls for service (i.e 911 calls), indicating that these racial disparities are the product of police decision-making rather than officers responding to community calls for assistance.”

Findings on use of force:

“[Here, ‘use of force’] includes police use of batons, tasers, chemical agents, bean bag shotguns and potentially deadly tactics such as strangleholds against civilians.” 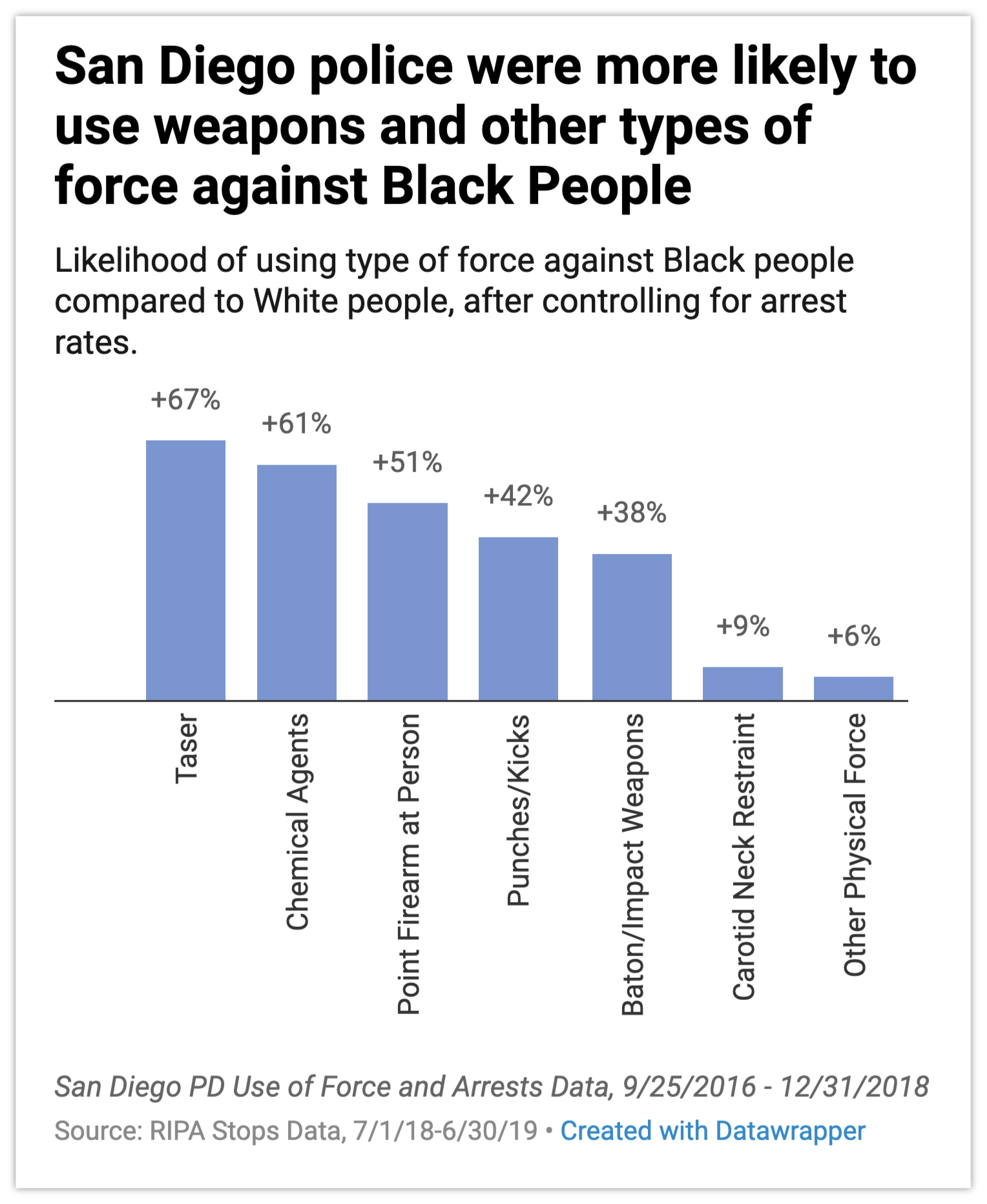 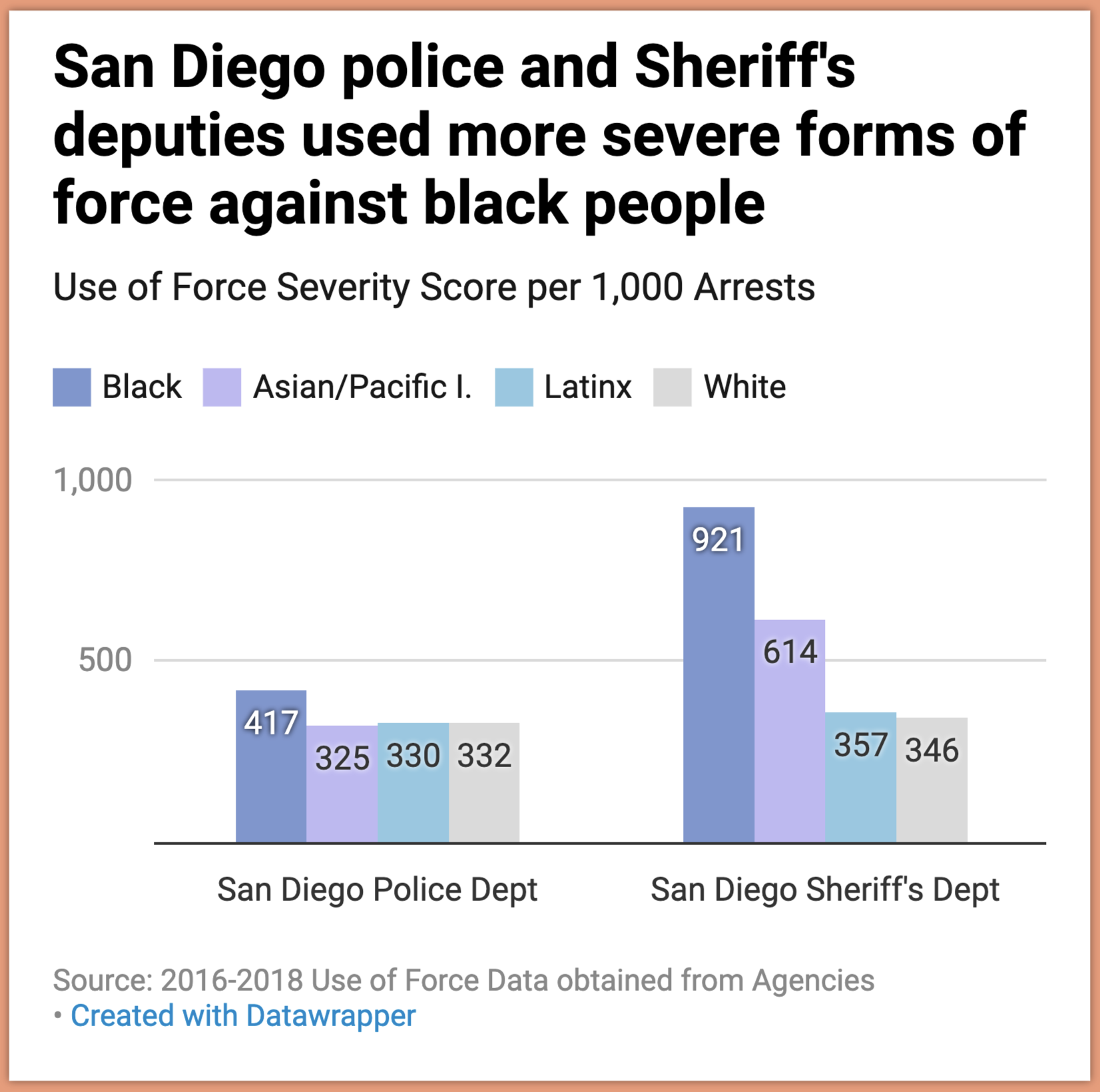 “In situations where police had the most discretion, they tended to engage in discriminatory search practices.”

For all this searching:

“While San Diego police and sheriff’s departments were more likely to search black and Latinx people during routine traffic stops, they were less likely to find contraband during these searches.”

I’ve focused on racial statistics above, but these intersect with other biases:

For example, “San Diego Police were more likely to search, arrest without warrant and use force against people the perceived to be LGBT or Gender Non-Conforming. Police were more likely to search these groups despite being less likely to find contraband as a result - an indicator of police bias. This anti-LGBT bias intersected with racial bias - black and Latinx people who police perceived to be LGBT experienced the highest search rates.”

“This suggests both departments are over-searching people in general, with little to no public safety benefit, while engaging in biased policing towards communities of color in particular.”

The san diego scorecard doesn’t explicitly discuss militarizaton, but this article covers how militarization exacerbates the impact of biased policing.

Links to additional data and research

Note: This is just the reported data, which is undoubtedly far from complete. First and foremost, we need to listen and believe people when they tell us about their experiences.

All credit to policescorecard.org for the scorecard analysis and text above.